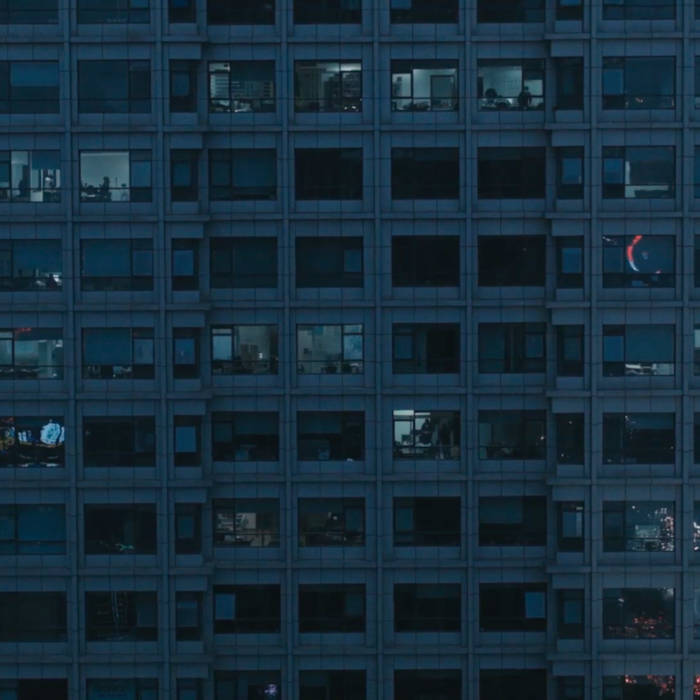 One evening in the spring of 2015, Matt Moroz, a filmmaker and friend, projected a short documentary onto his apartment wall for me that he had shot and co-directed alongside his partner Xia Han. Xia is also a filmmaker, as well as a writer. The film is about the city of Yiwu, China. Yiwu is home to the largest small item market in the world, exhibiting over 50,000 stores. As Matt and Xia have previously stated: 'This film primarily follows the lives of two young women who are chasing their dreams in Yiwu'.

At the time, Matt and Xia did not have any original music for what would become 'Second Tier City'. I had been making sparse pieces of ambient music, and offered to send along a few examples.The first one I sent was a relatively long track, constructed of several interwoven piano lines. I had recorded a friend's upright piano in their home in Lake Echo, Nova Scotia two years prior, and submerged the various takes in a vat of digital reverb. It was close to what they were looking for, but not quite.

Considering I no longer had access to a piano, I decided to try making something with various pieces of gear I had lying around my apartment in Toronto. This turned out to be an old mixer, a delay pedal, a synthesizer, and two cassette recorders I had bought in a dilapidated electronics shop in Montreal. One feature I very much enjoy about these recorders is that they have pitch control knobs to speed up or slow down the audio upon playback. I made two basic sequences on the synthesizer, both in the same key. I then transferred the first sequence to one recorder, and the second to the other, both at the highest speed, until one whole side of each tape held nothing but its own repetitious melody.

The idea was to play both tape machines back through the mixer and delay at the slowest possible speed. However long that process took would determine the total length of the piece. (I think Matt requested around ten minutes, and I gave him an hour and seven). Luckily, when both machines were slowed down, they did not fall out of key with one another. My involvement in this procedure consisted solely of pressing play simultaneously on the two recorders, as well as the record button on the computer collecting the results. (I should also mention that yes, I am aware that I am not even close to the first person to utilize this sort of musical process). Getting a final, continuous track took several attempts. Any disruption would require I start over from the beginning. I would press record, leave the house, and return to disappointment over and over again, at the mercy of low batteries, shitty cables, level clipping or a glitch in the recording program. Finally I arrived at this. Nothing really happens, but that is exactly the point.

Have a listen, if you like. Thank you to Matt Moroz and Xia Han.

Bandcamp Daily  your guide to the world of Bandcamp

Cannibal Corpse's George "Corpsegrinder" Fisher stops by for an interview